Anyone else sick to death of morons trying to pull down statues, especially those where they obviously don't know who the statue is even of? Me too, and not because the statues are of people who should or shouldn't be honored, but because it's small groups of people with God complexes trying to decide things for the rest of us.

In this country we vote on shit, whether directly on a candidate or initiative, or via our elected officials. If people want statues removed, an initiative should be proposed and it should be voted on. If a vote decides that Andrew Jackson's statue goes bye-bye, it goes bye-bye. If not, it stays no matter how pissy the beta-libs get.

Mississippi is changing their flag, and it happened not by tearing it down and burning it, but by vote of state officials. If the yee-haws don't like it, tough. Majority rules and if you don't like it, cast your votes for someone else when election time rolls around.

And if after the vote you take matters into your own hands you get arrested, simple as that.
Top 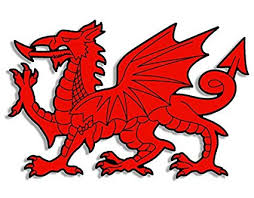 So, what can we do about it in this state? The governor has us under "house arrest."

I've noticed we still have a statue of Lenin. Nobody asked me if I wanted a statue of good ol' boy Vlad in my back yard, but I'm sure if I pulled it down, I'd be arrested and prosecuted to the fullest. Black is white, down is up, truth is false, and false is true. And if you think things are screwed up now, wait to see what happens if Trump wins this November. This is just the warm up act.
Top

It’s no longer a matter of logic or right or wrong. It’s mayhem rules until somebody steps in and stops it. We have nobody with enough authority and balls to stop it. Trump has the authority but he has misplaced his balls. He would totally flip the polls if he would go into these cities with the national guard and invoke the rule of law. Anyone attempting to pull down a statue or destroy or loot private or public property should be placed under arrest. It’s the only way we will recapture our country.
Top

I am hoping Trump has plans
that we don't know of. Just
please hurry and carry them
out! He has always had an
ace in the hole, as they say.
Top

The further a society drifts from the truth, the more it will hate those who speak it.

during times of universal deceit, telling the truth becomes a revolutionary act.

Truth is treason in an empire of lies.

The ruling class in every age has tried to impose a false view of the world on their followers.

The revolution will be complete when the language is perfect.

Everything faded into mist. The past was erased, the erasure forgotten, the lie became truth.

If liberty means anything at all, it is the right to tell people things they don't want to hear.

The most effective way to destroy people is to deny and obliterate their own understanding of their own history.

The people will believe what the media tells them to believe.

Some ideas are so stupid that only intellectuals believe them.

Hate Speech will not be tolerated.
Top

If it wasn’t Yogi Berra then it had to be George Orwell.
Top

Fun fact: only 20% of BLM members are black

What is the real reason for BLM being on the march? White cop kills black man, sure, but is this all out effort warranted?

Well yes, if you're looking at certain numbers. The Democrats rely on dominating the black vote in order to win elections. Usually, they need at least 85% of the vote.

Before the virus and rioting started, Trump's approval among registered black voters was hovering right around 30%. This is devastating for the Democrats. Game over. That number has to change.

Well as of yesterday, Rasmussen reports 28% black approval for Trump.

The manufactured race war riot routine is not working. Instead, the Democrats are losing moderate liberals who don't want to get beat up by black people.
Top

Well its now a fed crime to mess with statues so....
dt
Top

Fungo wrote: ↑
Mon Jun 29, 2020 2:55 am
It’s no longer a matter of logic or right or wrong. It’s mayhem rules until somebody steps in and stops it. We have nobody with enough authority and balls to stop it. Trump has the authority but he has misplaced his balls. He would totally flip the polls if he would go into these cities with the national guard and invoke the rule of law. Anyone attempting to pull down a statue or destroy or loot private or public property should be placed under arrest. It’s the only way we will recapture our country.

I don't think Trump can step in without a Governor or Mayor requesting assistance. This is something that goes back to the concept of federalism. Each state has the responsibility and the ability to keep their citizens and businesses safe. When you have Jay "never heard about it" Inslee and Jenny "Summer of Love" Turducken as officials, this is what you get. Exactly what the voters wanted.

Personally, I think the Black Community has been shafted for far too long, but look at who has been running things locally. How have continued one party rule in Seattle helped their cause? Seattle has been under Democrat control longer than the time period Stalin was in charge in the old U.S.S.R. The mantra of "Vote for me and I'll take care of you" has rung false for far too long and people need to understand that the only time politicians "help" Blacks is during an election cycle. Promise them anything and then ignore them until another election cycle.
Top